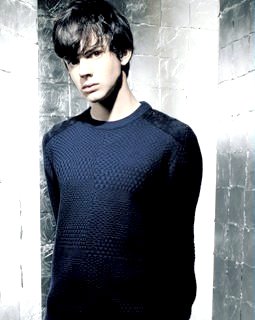 A British actor, of Lebanese, Persian and Turkish descent, born on 5 September 1991 in London, England, best known for starring as Edmund Pevensie in the The Chronicles of Narnia film series. He has appeared in all three installments, The Lion, the Witch, and the Wardrobe, Prince Caspian and The Voyage of the Dawn Treader, which was released on 10 December 2010. He also starred as young Enzo Ferrari.

Keynes stated that he didn't want to continue his acting career, but carry on with his college studies, confirming at one point that he wanted a career in History or Medicine. Since then he's become a political adviser for the Conservative Party.

He's also the descendant of the great biologist Charles Darwin, and thus also of the pottery magnate Josiah Wedgwood, and a distant relative of composer Ralph Vaughan Williams.