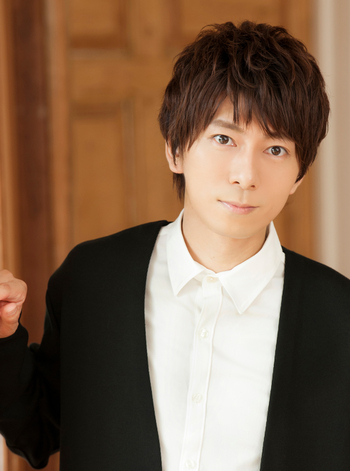 Wataru Hatano is a seiyuu who was born on March 13, 1982 in Asahi, Nagano Prefecture. A relatively new talent, he works for 81 Produce and his voice roles are inclined towards young men or adults who are big brothers, bad guys, or is a Jerkass or Large Ham. Also, perverted characters? Expect him to appear a lot in otome and harem content.

He is nicknamed "Waccha" after his most famous roles of Rufus and Jean Kujo.

He uses the pseudonym "Haruno Kaze" in eroge voice work.