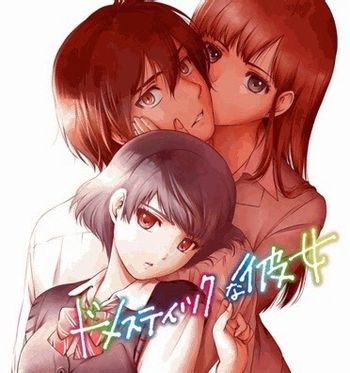 Upset when his teacher, Hina, does not return his feelings, Natsuo loses his virginity to Rui, a girl he meets at a mixer party. She's the one who suggests it, simply wanting to know what sex is like, and does not want to start a relationship. Things get much more complicated when Natsuo's father gets married again, and his step-siblings turn out to be Hina and Rui.

Domestic Girlfriend is a Shōnen manga by Kei Sasuga, author of GE - Good Ending. Running serialized in Weekly Shōnen Magazine since 2014 and ending in 2020, it was given an animated adaptation as part of the 2019 Winter Anime lineup.