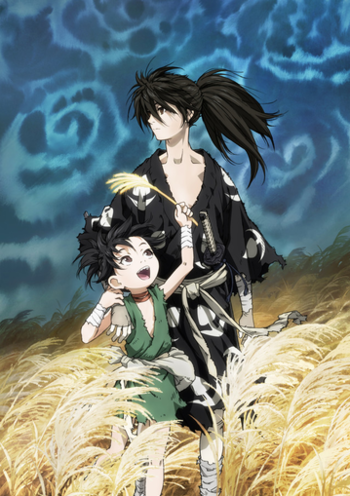 Dororo is a 2019 animated retelling of Osamu Tezuka's manga of the same name. It follows the basic premise of the original manga, but also takes some liberties in terms of atmosphere, narrative flow and additional side characters. The anime was produced by MAPPA and Tezuka Productions, and airing between January and June 2019, with a total of 24 episodes. See here

for its respective teaser and trailer.

A stage play adaptation written and directed by Daisuke Nishida premiered on March 2, 2019.

The 2019 anime of Dororo provides examples of: