Manga / Domina no Do! 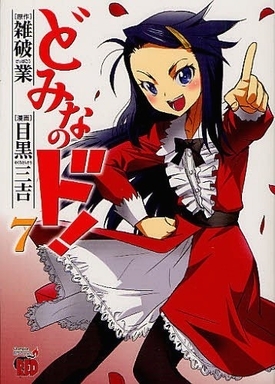 "Tsuchie Takeshi! From today on, you will be mine!"
— Hikari
Advertisement:

Takeshi Tsuchie, a shy and unassuming high school student, is called out to on the way to class one day. Before he can even turn around, he has been drugged, knocked out, and kidnapped. That's not nearly as surprising as why — the strange men in black that did it did it at the behest of his extremely wealthy fiancée — Hikari Domina, a childhood friend whom he doesn't remember proposing to at all.

Then he meets her and his new in-laws, and all hell breaks loose.