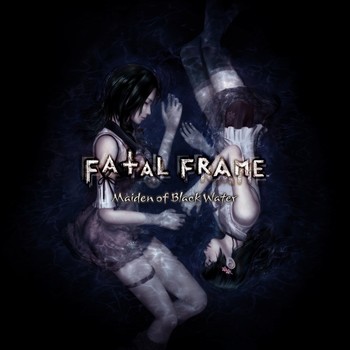 Three protagonists all end up connected to the events and mysteries of Mt Hikami, a location that was once guarded by shrine maidens and a popular tourist spot, but has since been abandoned and become a local hotspot for people wanting to commit suicide.

Yuri Kozukata works at an antique store that also specialises in psychic readings and finding missing people. When her employer and good friend, Hisoka Kurosawa, goes missing on Mt Hikami while on her latest missing person case, Yuri takes over the case and hopes to find Hisoka there as well.

Ren Hojo asked Hisoka to help him find a book on postmortem photographs, having been tormented with dreams involving a white-haired girl that he apparently killed as a young boy. Finding a postmortem photograph of said girl, he heads off to Mt Hikami to find out the meaning behind his dreams and why this strange girl appears fixated on him.

Miu Hinasaki grew up without her parents, but discovers that her mother has been seen heading up Mt Hikami. While searching for her, she got trapped herself. After Yuri rescues her, Miu insists on heading back up the mountain, intent on finding her long-lost mother.

While searching the mountains, it's learned that the shrine was set to perform various rituals that had the purpose to appease the Shadowspring, known to connect the world of the living with that of the dead, and sealing the Black Water. When the ritual of a shrine maiden called Ouse Kurosawa failed, the Black Water overflowed and cursed the mountain.

The game was originally released on the Wii U in 2014, with the localisation being a digital release on the Nintendo e-Shop in 2015. It had been in development since Deep Crimson Butterfly was released, and it borrowed mechanics from it and Mask of the Lunar Eclipse, setting the tone of the series during the Nintendo era.

In 2021, a port was formally announced for the Nintendo Switch, but surprisingly, this was followed by an updated trailer indicating a multi-platform release, including Steam, Microsoft and Sony consoles, and the game was released accordingly on October 28 later in the same year.note though in digital form only at the moment, outside of Asia What this means for Nintendo's ownership of the franchise is currently unknown.