This is a Character Sheet for Fatal Frame: Maiden of Black Water. 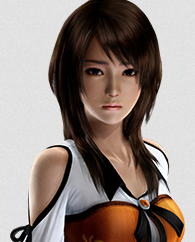 Yuri lost her family in a car accident and gained the ability to see and interact with ghosts. However, constantly being haunted by them began to take its toll on her and Yuri tried to commit suicide. Fortunately, Hisoka Kurosawa stopped her and gave her a new home and job. When Hisoka disappears on a missing person's case, Yuri heads to Mt. Hikami in order to find her. 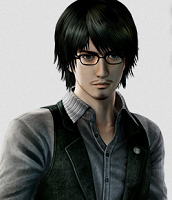 Ren is an author who has known Yuri and Hisoka for some time, even asking for their powers to help him in his book research. He's quite mischievous and is often scolded by his assistant because of that. Ren is a descendant of Kunihiko Asou through a branch family.

After learning of a custom of post-mortem pictures, Ren asks Hisoka to find such a book. Seeing that one of those pictures includes a little, white-haired girl that he has been dreaming about for some time, Ren heads to Mt. Hikami to find out what's going on. 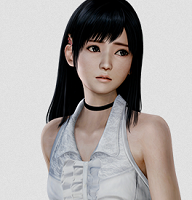 The third protagonist of Fatal Frame V, who is desperately searching for her mother, Miku Hinasaki, who left when she was a young child. She was raised by a friend of Miku's. Miu never really knew the love of a parent and feels empty.

Miu heads to Mt. Hikami, certain to have sensed her mother's presence. 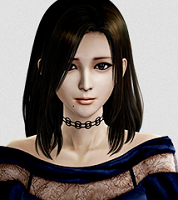 Hisoka is the owner of Kurosawa Antiques and Yuri's employer. While running the store, she also does minor fortune-telling or missing persons requests. Hisoka vanishes on Mt. Hikami while looking for Haruka Momose and Yuri heads off to find her. 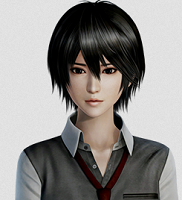 Rui is Ren's 17-year-old assistant who helps him stay organized. When Ren becomes invested in exploring Mt. Hikami, she joins him. Though exasperated by Ren sometimes, she soon finds herself falling in love with him, and, noticing the change in him, becomes worried about them becoming distant. Coupled with her vulnerability to ghosts, Rui is led into a black box by Haruka's ghost at the end of Eighth Drop, but is fortunately rescued by Ren before she is made into a Pillar. 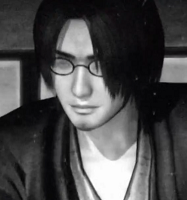 The key character to the Fatal Frame series. Asou was a brilliant occult philosopher and scientist, with primary fields of interest in Japanese folklore and the spirit world, in the second half of the 19th century.

Asou took the latest Western technologies and introduced them to Japan, modifying them in an attempt to create devices that could capture supernatural phenomena, such as the Camera Obscura and similar. 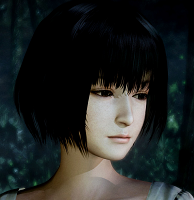 Fuyuhi recently hired Hisoka to find her missing friend, Haruka. Since Hisoka disappears herself and Fuyuhi is worried about Haruka, she heads to Mt. Hikami on her own to look for her. Fortunately, Yuri finds her in the Unfathomable Forest on Mt. Hikami and attempts to take her home, but after the two get separated, Fuyuhi commits suicide under the influence of a hostile spirit. She later appears as the hostile ghost, Fuyuhi with Cut Throat, and later lures Haruka (Fourth Drop) and Yuri (Eighth Drop) to Mt. Hikami. 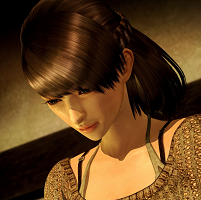 Haruka is a friend of Fuyuhi's who went missing at Mt. Hikami recently, causing Fuyuhi to ask Hisoka to find her. Yuri tracks Haruka down and manages to bring her back down the mountain. Unfortunately, at the end of the Fourth Drop, Haruka is lured back to Mt. Hikami by Fuyuhi's ghost and dies for real, appearing as the hostile ghost Boxed Haruka. 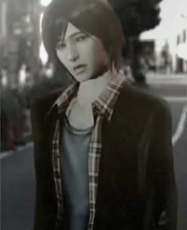 Kazuya is Ren's friend. He goes missing at Mt. Hikami, but he phones Ren about "getting married." When Ren enters the Watarai Residence again and learns about Ghost Marriages, he learns that Kazuya had been ushered into one and had died when it failed. He reappears as the hostile ghost Boxed Sakaki. 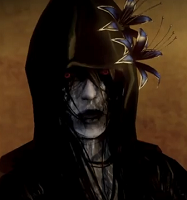 After losing her family to a flood, she gained a strong sixth sense. Eventually, she was chosen to be a Great Pillar for the Black Lake, in order to appease the Shadowspring at Mt Hikami.

However, at the time of her ritual, she saw visions of her fellow shrine maidens being slaughtered and their final moments, along with her own desire to live alongside Asou instead of dying with him, weakened her resolve. Her black box opened, the ritual failed, and the Black Water was released, leaving Ouse to keep falling within the Lake and becoming a vengeful spirit. 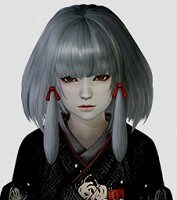 Shiragiku is a white-haired girl that appears around the Doll Shrine and likes to 'play' with visitors. She seems to have some form of connection to Kunihiko Asou in his childhood.

Watarai is a half-Japanese folklorist from England. He eventually moved to a house on Mt Hikami. After his sudden disappearance and death, his house became a legend in the village and is said to appear and disappear with the fog. He appears as the hostile ghost Boxed Man.

Kyozo once went to Mt Hikami in order to end his life, but he panicked when one of the shrine maiden's gaze seemed to look into his soul. He fled in fear, but became enraged of her trying to see his secrets and returned to the mountain, killing every shrine maiden.

After killing the shrine maidens, he committed suicide.

A group of shrine maidens that lived on Mt Hikami. Their duty was to use their powers to allow people to commit suicide without any of their past burdens and see all of their selves.

They were all slaughtered by Kururugi and their spirits now coax people to their deaths. 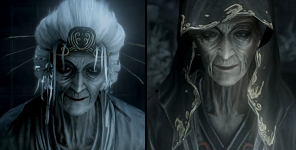 A pair of old high priestesses that oversaw the rituals at Mt Hikami. One was in charge of performing the post-mortem marriages and the other oversaw the sinking of the boxes into the Shadowspring.

Their spirits continue to perform their duties, calling men to the mountain and marry them off to Ose or by summoning women to become new Pillars. 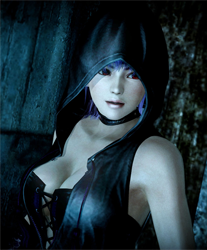 Ayane is Crossover character from Dead or Alive who can be unlocked as a playable character after completing the main story.

A socially awkward girl, she had attempted suicide before heading to Mt. Hikami. She goes missing, which leads to Ayane being recruited to find her as part of a missing person's case.