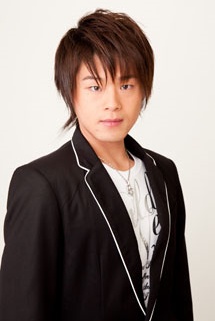 We need to describe Yoshitsugu Matsuoka. Let's begin the game!

One of the more prominent male seiyuus making a name for himself who started cropping up during the 2000s, Yoshitsugu Matsuoka [松岡 禎丞] (born September 17, 1986 in Hokkaido) first debuted as Shouta Mitarai of The Idolmaster. However, it wasn't until the early 2010s when his roles started to increase, particularly Sword Art Online's Kirito. Due to the success of SAO, he became typecast as Nice Guy harem protagonists or vanilla heroes (or Stock Light-Novel Hero), earning him the title of the "Harem King" in the anime community.

Tropes associated with Yoshitsugu Matsuoka include:

HOW SLOTHFUL! Better watch out!
Enjoy!