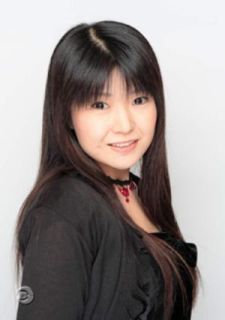 My name is Yuki Matsuoka. Now you must die.
Yuki Matsuoka (born September 13, 1970) is a seiyuu who gained popularity in the early 2000s. She was first noticed as Osaka in Azumanga Daioh and Evangeline in Negima! Magister Negi Magi. After that, she's landed mega roles as secondary main characters, like Orihime and Nana. All of her characters tend to be adorable, clueless and loved by the fanbase.
Advertisement:

She is also skilled in Japanese dancing and oil painting, nyoro.

Not to be confused with the idol also named Yuki Matsuoka. Which people seem to. A lot.