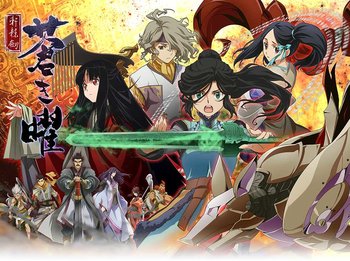 The battle of young men and women caught in the currents of fate amidst this twisted history will increase in intensity.
Xuan Yuan Sword Luminary (軒轅剣 蒼き曜 Ken En Ken: Aoki Kagayaki) is a Japanese anime television series co-produced by TV Tokyo, Softstar and Nada Holdings, and animated by Studio DEEN. It is based on the Taiwanese role-playing video game Xuan-Yuan Sword: The Millennial Destiny. The series is being streamed by Crunchyroll among the world except for Asia. It premiered on October 1, 2018.