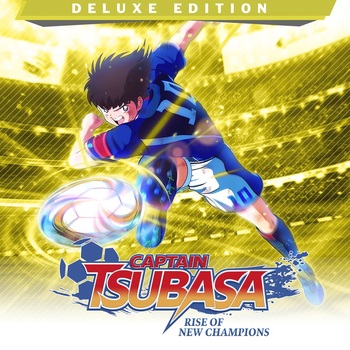 The game tells the story of either Tsubasa Ozora, the main character of the Captain Tsubasa manga, or you, going through an alternate version of the events of the manga.

Taking a Arcade-Style approach to Football, not unlike SNK's Super Sidekicks on Neogeo, the game plays in real time with the player controlling the team member who happens to have the ball. Overall, the game is very action-packed.

Captain Tsubasa: Rise of New Champions has the following tropes.