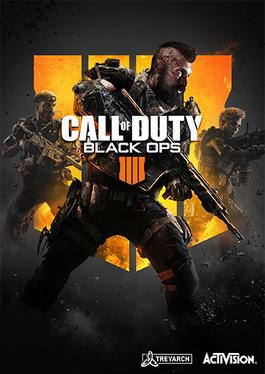 In a first for the series, there is no formal Campaign mode. However, the story is interwoven with Multiplayer via the Specialist Missions. As the game is a prequel to III, this allows for expanding on the lore of that game's Specialists, such as Seraph, Firebreak and Ruin, as well as new Specialists such as Torque, Crash and Ajax.

The Multiplayer gameplay has been revamped; first off, there is no automatic health regeneration, rather the players get to use adrenaline shots to heal damage. Damage in turn has been amped up, players have 150 health, and weapons use a mix of hitscan and projectiles for bullets. Specialists now have two abilities to use on a cooldown, which can be selected via the Create a Class system. Classic multiplayer modes like Team Deathmatch, Domination and Search and Destroy return, but are also joined by two new game modes: Control, which revolves around one team trying to capture two separate objectives while the other team tries to stop them, and Heist, where two teams fight to steal bags of cash from each other, and the cash inside can be used to buy equipment for the next round a la Counter-Strike. As for maps, the base game features 10 brand-new maps built around the new gameplay style alongside four classic maps from the first two Black Ops games, with a fifth, Nuketown, coming as part of a free update in November.

Treyarch's Zombies mode returns, with three launch maps: Voyage of Despair, IX and Blood of the Dead. In Voyage, a new team of characters - Scarlett, Diego, Bruno and Stanton - aim to stop a zombie outbreak on the Titanic, right as it begins its fateful trip into the North Atlantic; while in IX, they are transported into Ancient Rome, to fight as gladiators against the undead, while also trying to discover the evil magic at work. Blood of the Dead revisits the Primis crew - Dempsey, Nikolai, Takeo and Richtofen - as they enact their 'insurance policy' at Alcatraz, only to be caught in a battle against the undead following a revelation from a parallel Richtofen. Lastly, the Season Pass exclusive map Classified brings us back to the Ultimis incarnations of Dempsey and company just after they finished their business in Shangri-La. The team is sent to the Pentagon, just before the events of Five.

Lastly, Black Ops 4 introduces a new gamemode - "Blackout", a battle royale mode in the vein of PlayerUnknown's Battlegrounds. While the core gameplay is the same as other Battle Royale games, Blackout boasts variety of vehicles including flying vehicles, alongside the largest map in Call of Duty history. Said map incorporates several iconic multiplayer maps from past Black Ops games including Nuketown, Array and Express, and even a handful of Zombies maps like Verruckt.