Manga / Requiem of the Rose King 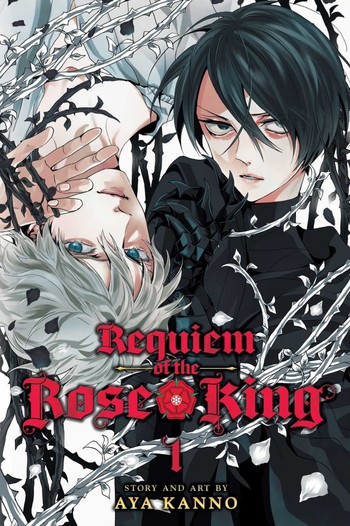 Requiem of the Rose King (Bara-ou no Souretsu in Japanese) is a manga loosely based off of William Shakespeare's Henry VI and Richard III.

The story follows a young Richard III, the third son of the noble Duke of York Richard Plantagenet. Unlike his elder brothers, he was born as a black sheep in the family—because he was born with a deformity, he was cursed by his mother and grew up intent on proving his place in the family on the battlefield alongside his father. However, his path to glory will not be easy, and with the Wars of the Roses on the rise, he will have to lean into his cursed reputation in order to make himself known.

This manga is written by Aya Kanno of Otomen fame, and has been serialized in the Shoujo magazine Bessatsu Princess since 2013. An anime adaptation was announced for 2021, but was delayed until 2022.