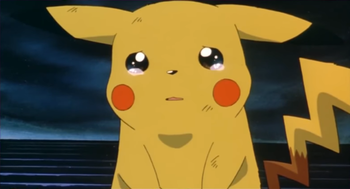 Even the wonderful world of Pokémon can have its own sad moments that would bring a tear to even Arceus himself...

The following entries have their own page.