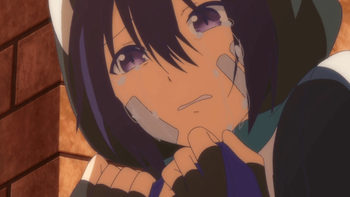 It's a given that such a dark series would have these moments.