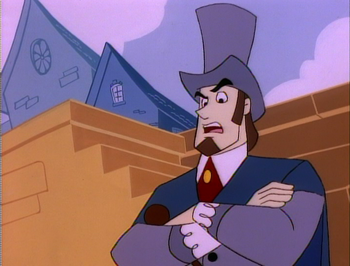 A 1997 animated adaptation of The Count of Monte Cristo made by Blye Migicovsky Productions and Phoenix Animation Studios (Phoenix is known for Magic Adventures of Mumfie). The plot is the same as the book, though more lighthearted and musical based.