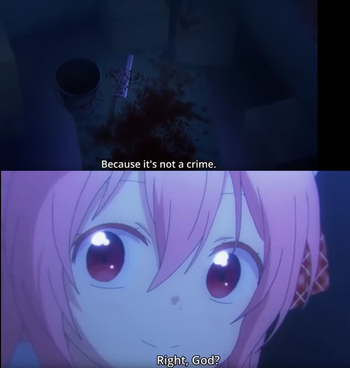 Happy Sugar Life is a dark series that leans itself more towards the creepy side of the spectrum, but there are some moments that are hilarious whether it is intentionally so or not.