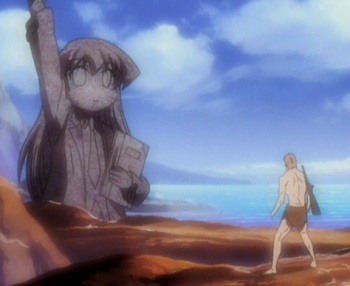 "You maniacs! You blew it up! Ah, God damn you! God damn you all to hell!"
Advertisement:

Japanese works tend to be very fond of these.

—->Leon: You should have gone for the cockpit!