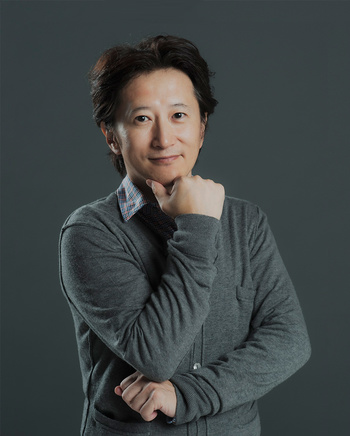 Taken for his 2018 art exhibition. A reminder that this man is 62.
Advertisement:

Hirohiko Araki (荒木 飛呂彦; born June 7, 1960), is the legendary mangaka behind JoJo's Bizarre Adventure, one of the longest-running manga series ever, running continuously from 1987 to date. He is well-known for his distinctive (read: FABULOUS) art style, incredibly clever fights, use of strange character poses, unique sound effects, and his love of English and American rock and pop music. He is also a perfectly symmetrical

◊. Or perhaps a fairy

Other works by Hirohiko Araki: