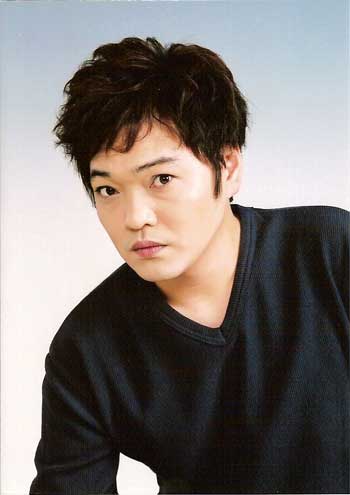 I'm Kappei Yamaguchi, one of the seiyuus. Despite my popularity, here I present myself to you! Comrades in arms, let us trope!

Quite a versatile voice actor, though he tends to do well in hot-blooded roles such as the title characters of Inuyasha and Ranma ½ (which coincidentally enough, both series are written by Rumiko Takahashi). However, he has shown that he is capable of doing roles far different from these, such as L from Death Note and Daisaku from the OVA version of Giant Robo.

He also seems to like monkeys, and some of his characters have even been compared to one. And cats, too.

His son, Ryunosuke Yamaguchi, is a voice actor in his own right.

As of 2020, he has been increasingly pigeonholed into roles popular with furries- Red XIII and Moritaka come to mind, but this started all the way with Inuyasha and Ranma 1/2. However, Tropes Are Not Bad.

If I were to encounter such tropers, I would likely be referenced by them... because in truth, I am that troper.