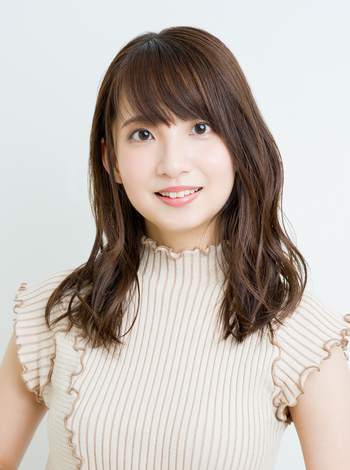 Rumi Ookubo (born September 27, 1989) is a Japanese voice actress from Saitama, Japan. She first gained industry prominence with her portrayal of Chinatsu Yoshikawa in the 2011 anime YuruYuri. For some unexplained reason, many of her more notable roles happen to be Rose-Haired Sweeties, or just have a pink/salmon Color Motif in general, who may or may not have Ho Yay moments with one or several other characters in the show.

She is perhaps very well-known nowadays as the voice actress of the very pink and very flamboyant Astolfo in Fate/Grand Order, Fate/Extella Link, Fate/Apocrypha, and Learning with Manga! FGO, and to an extent Elzabeth Bathory from the same franchise.