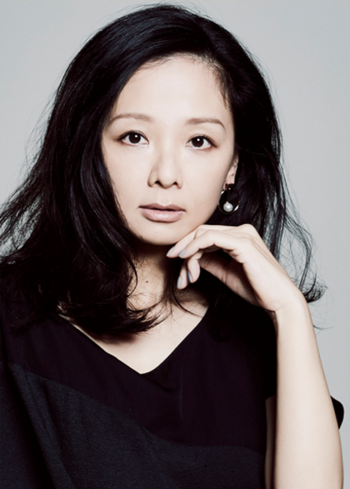 The Other Wiki says that Rumi Shishido (宍戸留美, Shishido Rumi, born November 6, 1973 in Kitakyushu) is a seiyū and a former J-pop Idol Singer, who had a six-years long singing career (from 1990 to 1996) before she became a voice actress. She's from an old samurai family, was a cheerleader in school, and started her aforementioned career after winning the "LOTTE - the CM idol is you" contest at age 14. Ai Yazawa is a fan of hers, and designed the cover

"Run Run", as her fans call her, is now an independent singer and actress. Her usual roles are... varied, but often have something in common: the lady she's playing will be cute and sweet-looking, but either has quite a big secret or is quite darker than she seems to be.