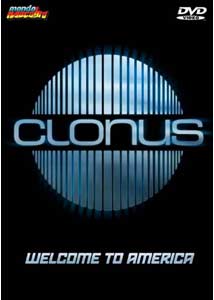 The futuristic story begins in the titular land of Clonus, a society of young, fit adults who seem endlessly happy. That is, until you see the armed guards that surround them. Everyone in Clonus dreams of being chosen to go to America, where the promise of an even happier, more fulfilling life awaits. These citizens are designated by tags on their ears, and when Richard (Tim Donnelly) and Lena (Paulette Breen) meet, they realize that their tags match. Despite the menacing looks they get from the guards, Richard and Lena become close and soon fall in love.

But Richard is starting to have doubts about this seemingly utopian world. He finds an Old Milwaukee beer can in a river, and when his questions about the strange object are dismissed offhand, Richard begins openly questioning whether the leaders of Clonus are telling them the truth about the outside world. Eventually he uncovers Clonus' dark secret, and his own sinister destiny. Peter Graves, Dick Sargent, and Keenan Wynn round out the film's cast (and take up most of its budget).

In 2005 director and co-producer Robert S. Fiveson brought a copyright infringement suit against the makers of Michael Bay's The Island. The lawsuit cited 89 points of similarity between the two films, and the court ruled that Fiveson had made a prima facie case for infringement. Before the case could go to trial, Dreamworks settled with the plaintiffs for an undisclosed amount; it's been rumored that it was a seven-figure sum.

Clonus has examples of: