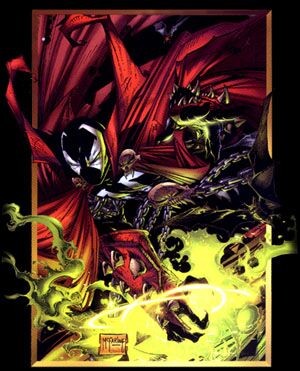 Unsure of his past life and having trouble with his costume changing and becoming wild all the time, Spawn starts to interact with former cops Sam and Twitch, and finds out Mammon sent Ab and Zab to release Urizen, a soul-destroying Eldritch Abomination that makes its enemies Deader Than Dead. After resealing Urizen, Spawn hand waves his way back to Hell and, with the help of Angela, kills Malebolgia.