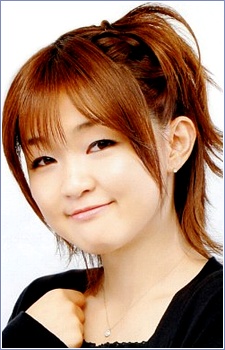 Chiwa Saitō is a voice actress represented by I'm Enterprise. She is often cast as ditzy or perky girls, but is also capable of playing cold, calculating characters, or just plain Smug Snakes, as shown in her roles as Louise in Mobile Suit Gundam 00 and Quattro in Magical Girl Lyrical Nanoha Striker S, respectively. In fact, Saitō's voice range is so impressive that she was able to play three different roles in StrikerS, all with different personalities and who talk to each other a lot. Bakemonogatari even made a joke

Ever since she appeared as Homura Akemi in the phenomenon that is Puella Magi Madoka Magica, she's been frequently cast alongside fellow Madoka co-star Aoi Yūki, as well as with Hiroshi Kamiya, Kana Hanazawa, and Yuu Asakawa.

She got married to someone outside the voice acting industry in 2013, and gave birth to her first daughter in 2015.