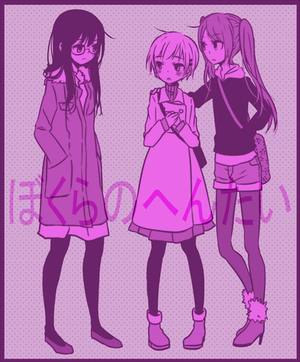 . Used with permission.note From left to right: Parou, Marika, and Yui.
Advertisement: