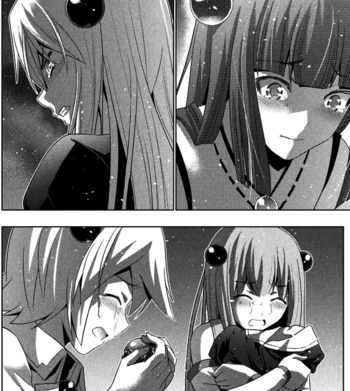 It never gets any easier.
Advertisement:

Paradise? Hah. The parallel world is messed up to its core, and ripe for heartstring-shredding tragedy. Case in point: