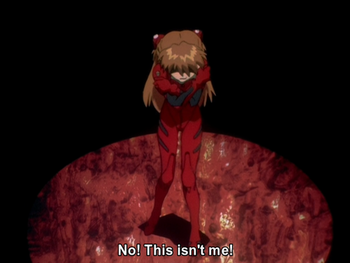 If Evangelion doesn't end up scarring you for life, give you a sense of awe and wonder, or even make you laugh or renew your faith in humanity, it will certainly reduce you to tears.

TV Series
The End of Evangelion
Let's just say the whole movie is a mixture of Tear Jerker and Nightmare Fuel.
Manga
Advertisement: