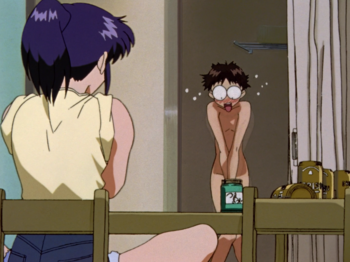 Oddly enough, even Neon Genesis Evangelion has a number of truly hilarious scenes. Rebuild of Evangelion examples have their own page.