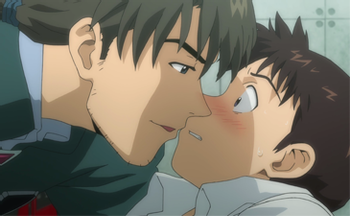 “Gender cannot stand in the way of love”

Given that Evangelion is such a long running franchise with so much emphasis on the relationships between its characters, it’s not surprising that some of its same-sex ones would come across as a teeny bit questionable at times.