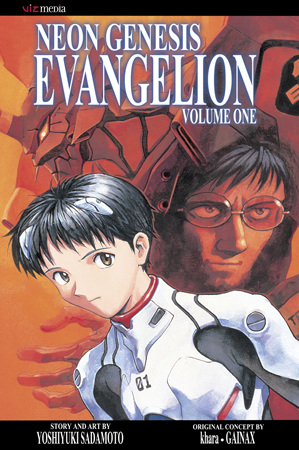 Prior to the release of Neon Genesis Evangelion, the first volume of a manga adaptation of the story, written and drawn by character designer Yoshiyuki Sadamoto, was released as promotional material. This adaptation would eventually take up 14 volumes. It follows the overall story presented in the anime and The End of Evangelion, while making a number of changes in both the story and characters which gives it a very different feel at times.
Advertisement:

The original run was from December 1994 to June 2013 (including several hiatuses). Beginning in 2012, it was re-released in a total of 5 omnibus editions, and is also available in digital format through Bookwalker.