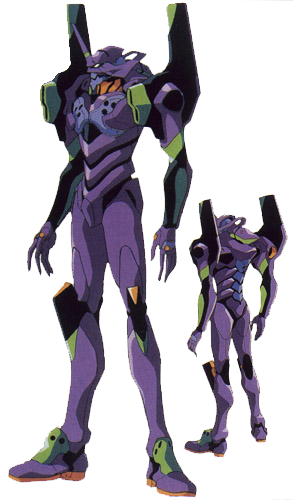 Sometimes, a Mecha designer wants their work to look that much more impressive. The solution? Verticality. These go way past Shoulders of Doom in a very specific way, although they aren't necessarily pauldrons. Vertical Mecha Fins are when a mecha has a pair of large fin-like projections from the back or shoulders that are far taller than they are wide, extending far above the head of the mech. They may serve a purpose aside from intimidation, such as being the equivalent of a vehicle roof-rack, but they may very well just be decorative.
Advertisement:

Just to reiterate, these are separate from Shoulders of Doom. Vertical Mecha Fins are characterized by giving the mech a very particular type of upper body silhouette, and do not need to be pauldrons.