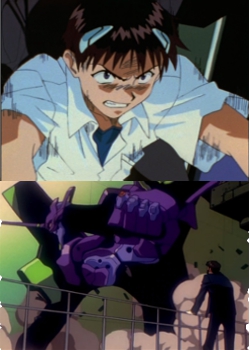 Title of the image's episode is "A Man's fight". Appropriate due to this being the single greatest moment in the series.

Installments with their own pages: