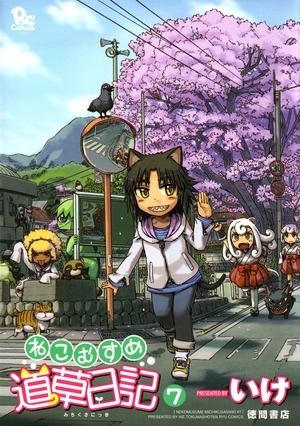 Neko Musume Michikusa Nikki — Cat Girl's Grassy Wayside Journal in English — is a slice-of-life seinen manga by Ike which began serialization in Comic Ryu in 2008, and is still ongoing.

It chronicles the daily life of Kurona, a Cat Girl youkai who alternates spending her time playing with her lecherous kappa friend Ikeno and other youkai, hanging out with her human friends, being scolded by the old crow tengu who oversees the region's spirits and demons, and sleeping in the lap of the elderly woman she found a home with.