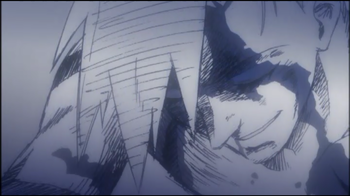 "On that day, we lost something that could never be replaced."
Advertisement: