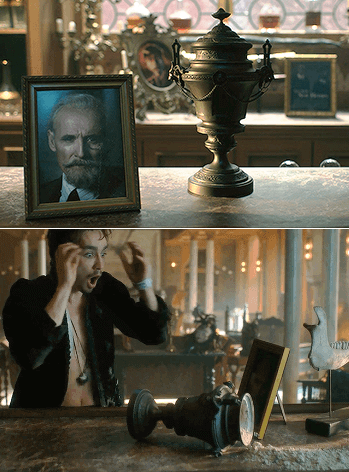 That'll urn you a beating, son.
"If you see an urn full of ash anywhere in a work of entertainment, you can guarantee the ash will come out eventually. The only factor left negotiable is what degree of slapstick is involved."
— Andrew Hussie, Homestuck Book One

If there are funeral ashes, 99.9% of the time those ashes will end up being scattered inappropriately.

Since ashes and funerals usually denote the death of a character, the examples below could be very spoiler-heavy.

A subtrope of The "Fun" in "Funeral"; this can also overlap with Bury Me Not on the Lone Prairie when the inappropriate scattering is intentional and requested by the deceased.