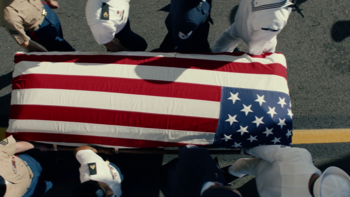 When you attend a funeral
It is sad to think that sooner or l—
Ater Those you love will do the same for you,
And you may have thought it tragic
Not to mention other adjec—
Tives, to think of all the weeping they will do
— Tom Lehrer, "We Will All Go Together When We Go", An Evening Wasted with Tom Lehrer
Advertisement:

Tropes dealing with funerals and all ritualized commemoration of the dead.