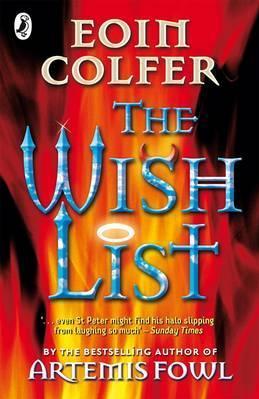 The Wish List is a novel by Eoin Colfer.

The novel begins with the protagonist, Meg Finn, dying horribly in a gas explosion after a break-in goes wrong and the guy she's helping (sort of) accidentally blows them both up. However, because she tried to do good just before she died - saving the life of the old man Lowrie she was stealing from - she gets sent back to tip the scales, so to speak, one way or the other, to heaven or hell. To do this she has to help Lowrie complete the items on his "wish list": a list of things that he feels will correct the many mistakes he made in his life. In the meantime, both heaven and hell are out for her soul.