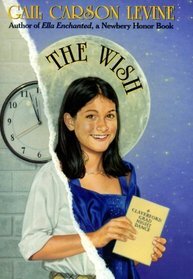 The Wish is a 2000 children's novel by Gail Carson Levine.

Wilma Sturtz is an unpopular and friendless girl who is mocked and ignored by all her classmates. One day, her entire life changes after she meets an old lady who grants her only one wish: being the most popular girl at Claverford (her middle school). Suddenly Wilma is befriended by a group of popular girls, finds a boyfriend, and is loved by everyone.

But her new "popularity" only applies to Claverford students, and Wilma starts to fear that her wish will expire the day she graduates from middle school...