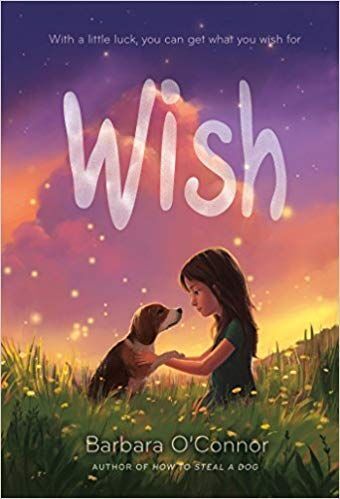 Wish is a middle grade novel by Barbara O'Connor.

Eleven-year-old Charlie Reese used to live with her parents in Raleigh, North Carolina. But with her father in jail for fighting and her mother showing little interest in her, a social worker took her away to live with her aunt Bertha and uncle Gus in the Appalachian town of Colby.

Charlie is unhappy living and going to school there, and she misses her older sister Jackie, who was allowed to stay with a friend in Raleigh. But then she befriends Howard Odom, a boy with a limp, and Wishbone, a stray dog Charlie decides to adopt.