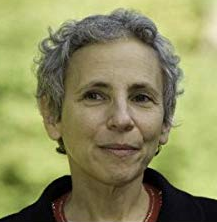 Gail Carson Levine (born September 17, 1947) is an American author of young adult books. Her first novel, Ella Enchanted, received a Newbery Honor in 1998. Most of her works are based on a well-known fairy tales, or fairy tale tropes, though she always adds some new and unique features to the old story. Some of her novels, such as Ella Enchanted and The Two Princesses of Bamarre, have been translated into German.
Advertisement:

and writes a blog

in which she answers questions on writing.

Works by Gail Carson Levine with their own trope pages include:

Other works by Gail Carson Levine provide examples of: