Literature / The Lost Kingdom of Bamarre 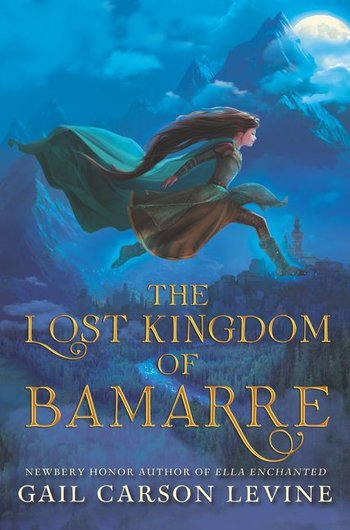 A 2018 fantasy novel by Gail Carson Levine. It's a prequel to The Two Princesses of Bamarre, though published fourteen years later.

Lady Peregrine ("Perry") is the proud adopted daughter of a Lakti couple in the royal line. She wins footraces, pores over forbidden poetry, and tries to learn from her quieter and wiser friend Willem. She basks in the radiant affection of her father and struggles to live up to the expectations of her stern and distant mother. And she doesn't think too closely about the demure, "inferior" Bamarre servants scattered throughout their castle or the hardships they face under harsh Lakti rule – until the day she is visited by a fairy, something that is supposed to happen only to Bamarre children. The fairy tells her a truth that seems too impossible, too awful to accept: that the circumstances of her birth and adoption are very different than she's been told. She is no superior Lakti, but a Bamarre – and one with a very important destiny...