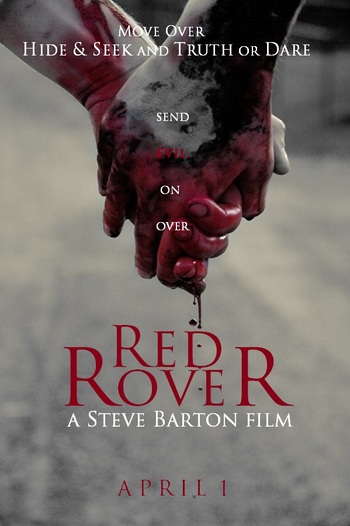 Red Rover is a 2004 movie starring William Baldwin and Jodi Lyn O'Keefe. Kylie and Will Logan have inherited a house belonging to their mother's family. Will takes Kylie to the house as an opportunity to spend some time with her, despite her misgivings and those of his wife. Kylie witnessed their mother burn to death in childhood and has spent most of her life in and out of institutions for her psychotic depression. Will, a psychotherapist, decides to keep them there and begin therapy with Kylie himself, taking her off her medication as part of it. Strange things start to happen as their family's history of witchcraft and the occult becomes clear.

Not to be confused with the children's rhyme and game (though it's used as a motif).