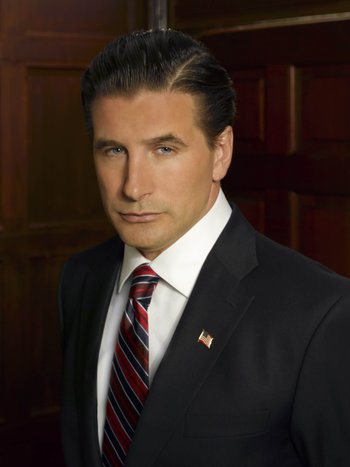 One of the many Baldwin brothers
Advertisement:

He is married to singer/actress Chynna Phillips and they have three children.

Tropes associated with William Baldwin include: