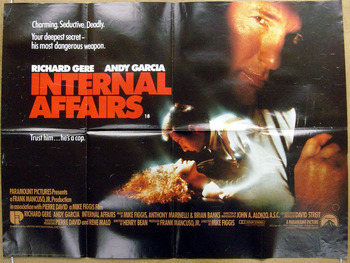 Dennis Peck is a crooked cop who uses his fellow officers to get the things he wants. IAD (Internal Affairs Division) detective Raymond Avila becomes obsessed with exposing Peck's corruption.