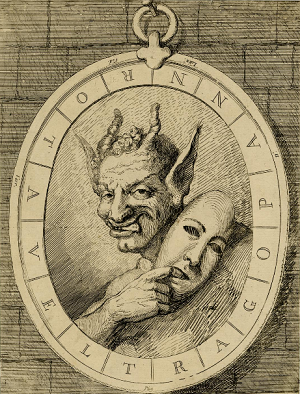 The Devil is an evil, sneaky fellow who sometimes likes to go incognito among the living to manipulate people and stir up some sin, or maybe just tempt some mortals and secure a few more souls for himself. Alternatively, maybe he has simply sent an agent of some sort to do his dirty work for him. Either way, there's a demon hiding among the living and this time, he may well have a less obvious name than Louis Cypher.

Super-Trope to Louis Cypher, which is a trope where he leaves rather obvious hints as to his identity. For the situation described in the Elvis song, see Face of an Angel, Mind of a Demon. Contrast God Was My Copilot.

Later, a passing stranger asks him, "Are you anybody?" He replies, "Not a soul."