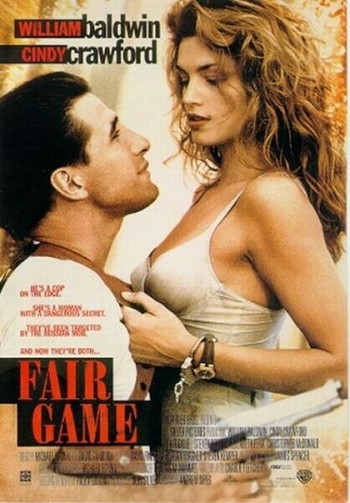 As part of a divorce proceeding, Miami family law attorney Kathryn "Kate" McQuean (Crawford) attempts to seize a docked freighter ship in lieu of unpaid alimony. Unbeknownst to her, the freighter's owner is a Cuban criminal and serves as the base of operations of a group of rogue KGB members turned international criminals, led by Kazak (Berkoff), who assemble into tracking and killing McQuean.

Florida police detective Max Kirkpatrick (Baldwin) is assigned to the case, and he ends up on the run to protect McQuean when it becomes clear that she's targeted for murder.

Salma Hayek, in one of her earliest American films, has a small role as Kirkpatrick's ex-girlfriend.

Not to the confused with the 1986 Australian film of the same name.