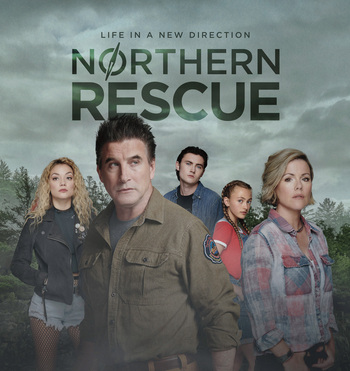 Northern Rescue is a Canadian family-drama television series distributed by CBC Television in Canada and internationally on Netflix. The first season aired March 1, 2019. William Baldwin, brother of Alec Baldwin, stars as John West, a search and rescue commander who relocates to his Canadian hometown after losing his wife (a Posthumous Character present in flashbacks and voiceovers), raising his three children (Maddie, Scout and Taylor) to with his sister-in-law. Each episode generally follows Commander West on a mission, while exploring the rest of the families daily lives.