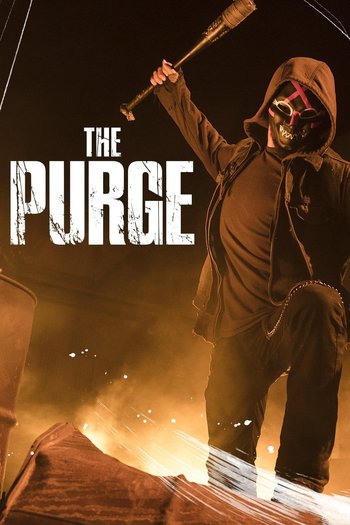 The Purge is a ten-episode miniseries airing on USA Network. It is based on the franchise of the same name, and set within the same universe and continuity.

One night a year, all crime is legal for twelve hours. This series follows the efforts of several smaller players as they try to stay alive after getting caught outside during the Purge.

The show has been renewed for a second season, which began on October 15, 2019. The second season takes a different tack, exploring the aftermath of several characters' decisions at the end of a Purge Night and how they prepare for the next one.