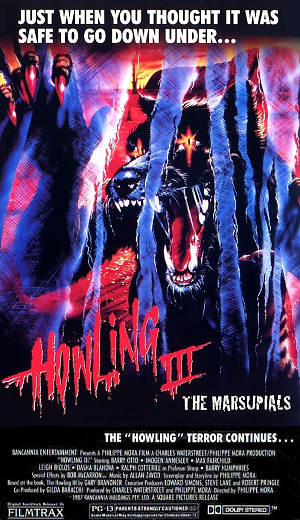 Howling III: The Marsupials is a sequel to The Howling, released in 1987. It stars Barry Otto (father of Miranda) and is written and directed by Philippe Mora, who previously directed Howling II.

It was the first film in the series to be made outside the United States, being produced and shot entirely on-location in Mora's native Australia.